Due to a technical issue, earlier posts on this blog were deleted. These posts are being re-shared with Momanthology.com readers on a daily basis.  This blog post was originally published on September 16, 2011

Nalgene is a company that promotes living a green and socially conscious lifestyle.  Here are some interesting facts about Nalgene
- Their bottles are BPA Free; click to find out about materials used.
- Nalgene is a partner in Filter for Good and Refill, not Landfill, campaigns encouraging people to switch from disposable, wasteful water bottles to reusable water bottles.
- Nalgene is highlighting America's Least Wasteful Cities on it's website.  Check it out to see if yours made the cut.  Take the test to see how yours fares and you can currently save 15% off of a purchase!

As part of the Fall Giveaway Festival event, I have a fun giveaway sponsored by Nalgene! One lucky winner will take home 2 of Nalgene's best selling bottles - this individual will win both the Multi-Drink Bottle and the On The Fly Bottle.  The retail value of the Multi-Drink is $14.99 and the retail value of the OTF is $12.99
To register simply fill out the Rafflecopter form below!  Easy Entry!

Disclosure:  I received the opportunity to provide a prize pack to one of my readers through a PR firm.  I did not receive any compensation for my review or for this giveaway.  For more information on this blog or on my posting practices, please refer to the disclosure policy at the bottom of this page

Posted by Unknown at 9:00 AM No comments: I am participating in the Fall Giveaway Festival, In partnership with Retail Me Not and sponsored by the following sites:
Sassy Mama in L.A.
Makobi Scribe
Simply Stacie
Matter of Cents

RetailMeNot has every online coupon and promo code you could ever hope to find—all in one place. With the help of a dedicated community, RetailMeNot thrives as a money-saving mecca free of full-priced foes. With more than 1,000,000 coupons from over 100,000 stores, RetailMeNot is your go-to site when you want to grab the goods to create a one-of-a-kind Halloween costume, lock down the biggest savings on Black Friday and Cyber Monday or surf the Web for financial finds.

RetailMeNot is giving away an iPad2 to one lucky person! Visit Sassy Mama in LA, Simply Stacie, Makobi Scribe and Matter of Cents to enter the giveaway. You can enter on each site and earn multiple entries in the giveaway or enter on just one- it's up to you! Good luck! 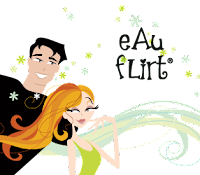 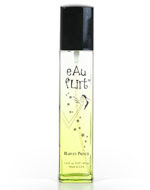 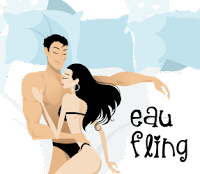 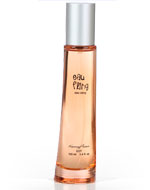 I have worked with Harvey Prince a few times over the last couple of years. Read my reviews:
Ageless
Eau Flirt
Eau Fling

A few things that are interesting about Harvey Prince:
- Their products are crafted locally in the USA, using the finest essential & natural oils from around the world.
- Their products are 100% Cruelty Free. They use absolutely no animal testing, phthalates, parabens, sulfates, benzene, GMOs, or triclosan.

I really love these beautiful fragrances! Harvey Prince is taking an innovative approach to fragrance. If you are a woman who likes people, places and things that are unique one of their scents should surely speak to you! If you are unsure of which selection you would prefer, for a small cost you can order samples on their website.
As part of the Fall Giveaway Festival event, I have a fun giveaway sponsored by Harvey Prince! Two lucky winners will take home1 of Harvey Prince's best selling bottles - one individual will win Eau Flirt and the other will win Eau Fling. (ends 09/30)


To register simply fill out the Rafflecopter form below! Easy Entry!

Disclosure: I received the opportunity to provide a prize pack to one of my readers through a PR firm. I did not receive any compensation for my reviews or for this giveaway. For more information on this blog or on my posting practices, please refer to the disclosure policy at the bottom of this page

I am participating in the Fall Giveaway Festival, In partnership with Retail Me Not and sponsored by the following sites:
Sassy Mama in L.A.
Makobi Scribe
Simply Stacie
Matter of Cents
RetailMeNot has every online coupon and promo code you could ever hope to find—all in one place. With the help of a dedicated community, RetailMeNot thrives as a money-saving mecca free of full-priced foes. With more than 1,000,000 coupons from over 100,000 stores, RetailMeNot is your go-to site when you want to grab the goods to create a one-of-a-kind Halloween costume, lock down the biggest savings on Black Friday and Cyber Monday or surf the Web for financial finds.

My Memories is a company that offers a huge variety of digital scrapbooking software tools.

ENJOY My Memories Suite!... Easily create beautiful albums and output them in a variety of ways. Create digital albums in minutes using one of many Designer Templates, or design your own pages from scratch. Share your albums as beautiful hardbound books, watch them on a DVD, or print them at home. My Memories Suite helps you keep all your memories, your pictures, videos, and music preserved in one place. 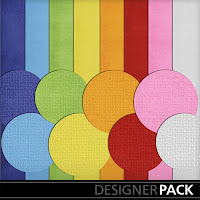 I am new to scrapbooking and love it but one of the challenges I am finding is the time involved in creating layouts, cropping, cutting, pasting, embellishing, etc. One page can take several minutes to several hours. Digital scrapbooking minimizes the time invested in creating albums but still allows the user to create beautiful and unique layouts to easily preserve memories.

If you love what you see and do not want to wait to see if you are the lucky winner, please visit MyMemories.com, place the My Memories Suite Scrapbook SW and any other items you are interested in purchasing into your chart and enter the code at checkout. 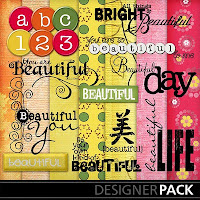 This code gives you a $20 savings (10 discount off the purchase of the My Memories Suite Scrapbook software and a $10 coupon for the MyMemories.com store). If you buy AND win, you have a great gift for another crafty friend.
SPECIAL MOMANTHOLOGY $20 DISCOUNT CODE: STMMMS28958
What are some other things you can do with MyMemories? 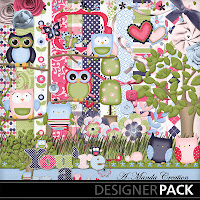 I think this would be great for school, scouting, music or sports projects! You can create visual aids for presentations, poster boards, brochures, fliers, etc. You can also create personalized photo artwork for printing, framing and hanging.
Look at some of the fun premium layout packages you can purchase to go with the SW starting at only .99 cents! With the current coupon code, you can apply the $10 towards your purchase. This is an excellent deal and a great savings opportunity!
I downloaded the SW today. It did take a few minutes to download and I had to restart my computer but after that I was ready to go!
Look at the very quick layout I did for Miss C! This can be done in 5 minutes or less. What a great way to share photos with family and friends! You can email and the recipient can print out or save to their hard drive.

This is SO, SO, SO easy! Even the least artistic person can do this - MyMemories makes it easy with pre-existing templates, layouts and backgrounds. You decorate easily by selecting, dragging and dropping the embellishments. Even my kids can use this!

If you have small children most likely you have limited time - Using MyMemories is a wonderful way to preserve the history of your family. Look at the quick layouts I created today! 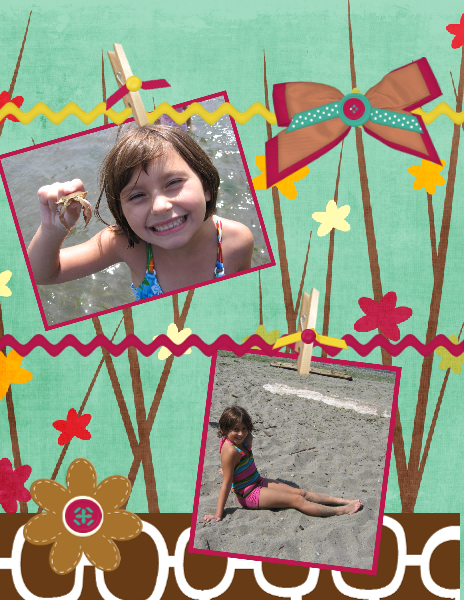 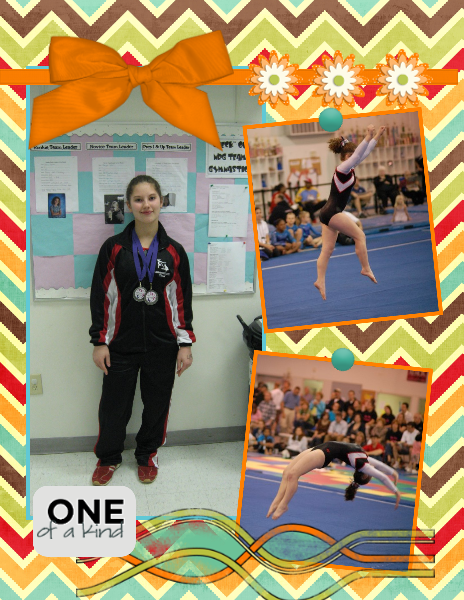 One lucky winner will receive a full version of My Memories Suite Scrapbook SW. This is a $40 USD value!

To enter simply foillow me on Google Friend Connect AND fan MyMemories on Facebook then fillout the rafflecopter form below. Also, this giveaway is open Worldwide! I hope to see some of my international friends here :)


NOTE - I AM HAVING DIFFICULTY WITH THIS RAFFLECOPTER FORM. I HAVE CORRECTED THE ISSUE BUT IT CONTINUES TO REVERT. THE GENERAL COMMENT EXTRA ENTRY SHOULD BE WHAT YOU LEARNED ABOUT MYMEMORIES, NOT NALGENE. My apologies!

Disclosure: I did receive a free product for review purposes and one copy to give to one of my readers. I did not receive any compensation for this post. I do have the opportunity to partner with MyMemories as an affiliate. For more information on this blog and on my posting practices please refer to the disclosure policy at the bottom of this page.

I have not been posting much but that does not mean I have not been working.  I have been getting ready for the Fall Giveaway Festival.  As part of this I will be hosting 8 great giveaways in partnership with sponsors, other bloggers and Retail Me Not.  Come back Friday morning this week!  All giveaways are scheduled to go live between 9:00am and 9:05 am.

Although I accomplished a lot yesterday and today, it was a difficult weekend.   I was fully expecting for another terrorist attack - the fact that there has not been one makes me more nervous.  What's next?......   I really started experiencing problems with anxiety after 911.  Re-watching the footage brought the same feelings to the surface as those of when the attacks first occurred.   As hard as this was for me, I cannot imagine the agony of the family and friends who lost loved ones.

To honor those lost I went through and read profiles on many of the victims.  You can find these posted on CNN - some contain more info than others but as a whole, this list shows the magnitude of the loss from the events of that day.  I wonder where many of these people would have been today.  I still will never understand why so many hate us so much yet so many want to live here.

The most moving documentary is the film 9/11 by French filmakers Jules and Gedeon Naudet.  It was a beautiful but gritty film showing the horror and devastation of 911.  Working on a documentary project on a rookie firefighter assigned to Ladder 1 in NYC, they ended up being close to ground zero and were able to capture the events as they unfolded.

Because they (Ladder 1) were out on an unrelated call, they were also out when the first plane flew overhead - somehow Jules was able to capture the 1st plane hitting the first twin tower.   Because Ladder 1 was also close (if not closest) to the twin towers, they ended up being the first responders.

When I first heard about this film, I had thought it was just another documentary on 911 and really did not want to see it.  I felt that this was a network taking advantage of a tragedy to increase ratings.  Somehow I ended up watching it and I could not have been more wrong.  This was one of the best documentaries that I have ever seen - all the emotions, devastation, fear, love, pride, relief, etc are shown in real time.  You see both sides of humanity - the best and the worst.  Everything about this film is real and although it will be painful to watch again, it also demonstrates the tremendous power of hope and of love.

Short notice, but it is on TV tonight on CBS and if you did not watch it before, or even if you have, I recommend viewing it or recording it for later viewing.

Posted by Unknown at 4:51 PM No comments: